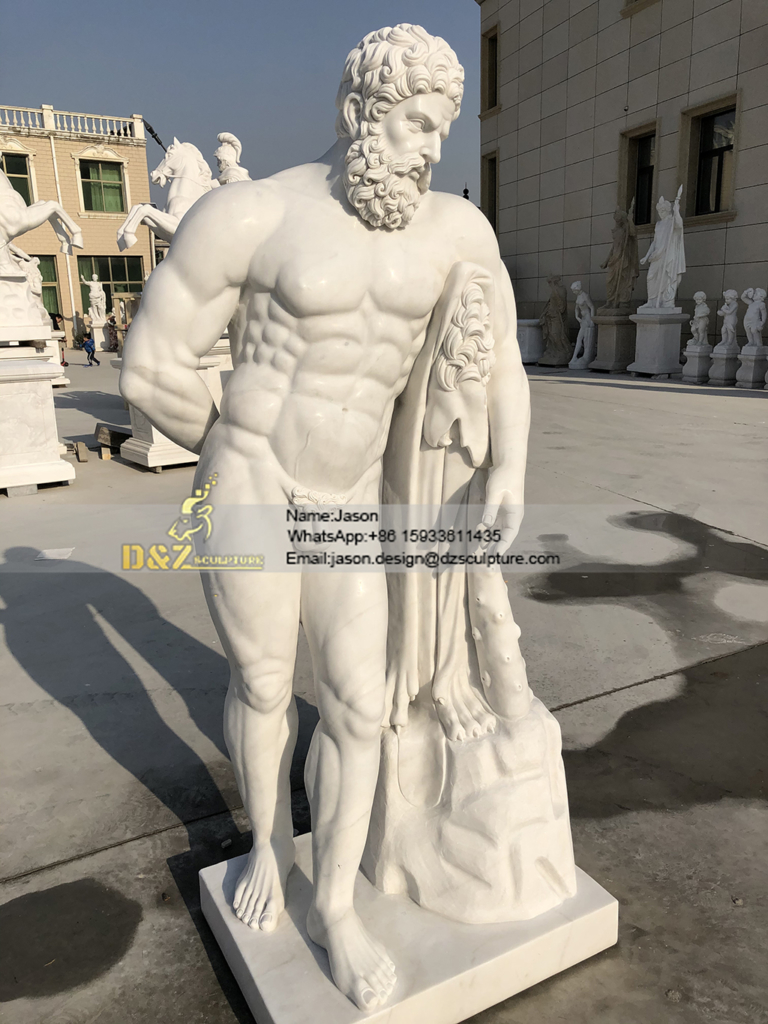 The Greek hero Herakles sculpture discourse that a man carries a club over his left shoulder. And, holds a lionskin in his right hand. Meanwhile, these objects is attribute help identify the figure of Herakles. In the record, herakles was often depicted with a club and the skin of the Nemean Lion. Also, is typical for depictions of Greek heroes. Likewise, the young Herakles is shown nude. The Greeks people considered male nudity to be the highest form of beauty. No other god or hero is as frequently depicted in Greek and Roman art as is Herakles.

A first statue of Herakles. It probably from the school of Polykleitos from the 300s B.C.. Maybe ,we showed Herakles art from that time. A statue that found in 1790 near the ruins of the villa of the Roman emperor Hadrian at Tivoli outside Rome. 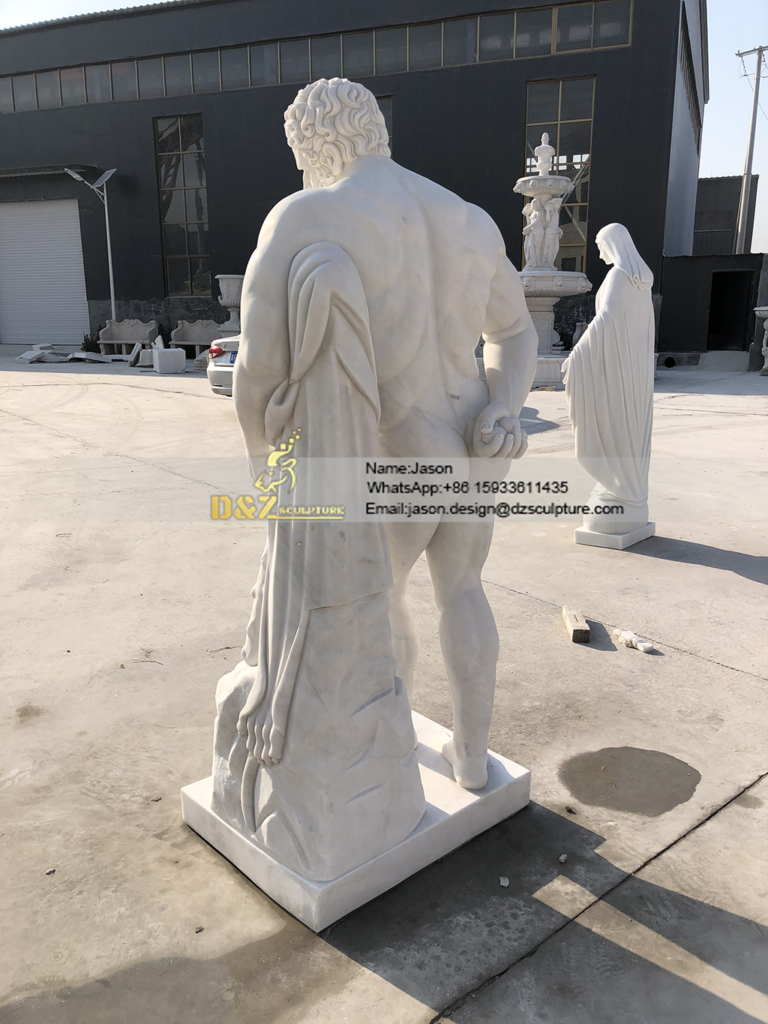 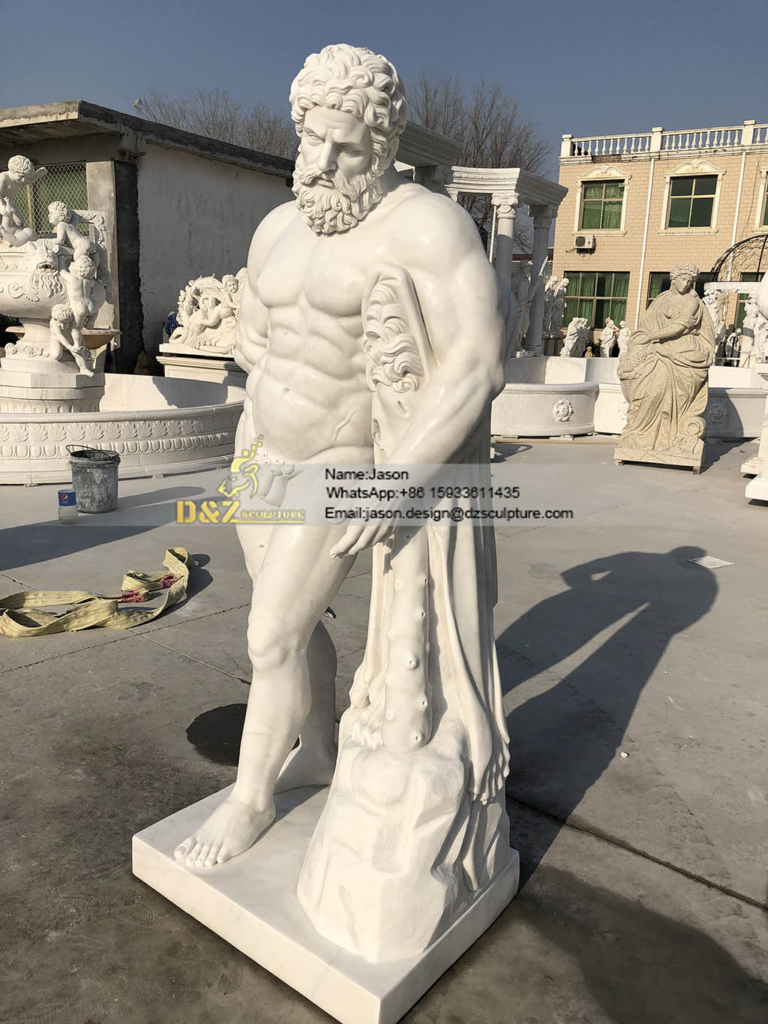 As the Farnese Herakles and leaning on his customary wooden club, here cushioned by a lion skin… His downcast eyes, together with his pose, suggest that Hercules has been exhausted by his Labours , and it is on account of this that the sculpture has gained another name “the Weary Hercules” . This fine example of Roman sculpture shows the Greek hero. And, he is sometimes known by his Greek name.

In conclusion,this particular marble statue was fashion in today. Moreover, it has a mysterious ancient Rome theme.Today, it is not uncommon producing ‘copies’ of Greek sculptures. But, the act of bad replication and unqualified re-display always changes the appreciation value of sculpture. Like, There is many details of Hercules, or emotional details. To imitate these.We must have an artist with eight years of sculptural experience. At least that’s what we ask of our artists or a craftsmen. 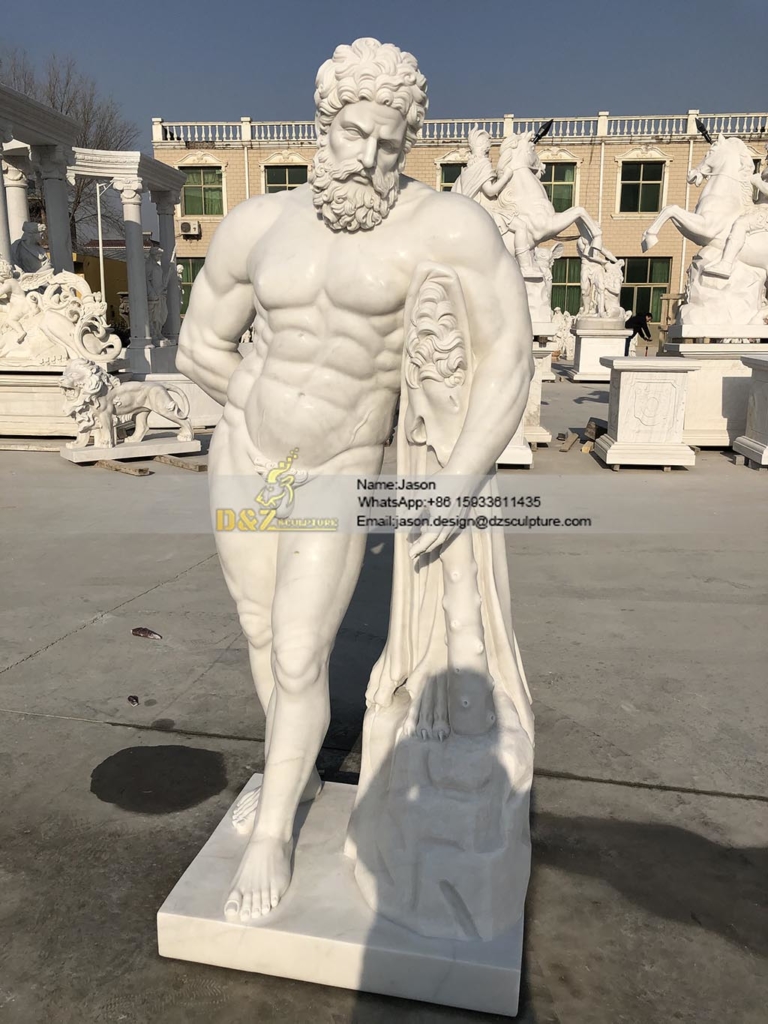 Many smart and beautiful fingers of artist traverse between the materials. They thick and wide palms hold up for every whole art work. Like Hercules sculpture. The power of the hand of the statue is perfectly presented between the movements.

Meanwhile, behind the statue of Hercules. Many rdinary folk artists are interpreting their craft stories for the world. But, theirs hands may be covered with dry cocoons, or may not be straight. They told me that it is art create from the glory of Chinese craftsmen! And,This is the value of genuine handicrafts.”Serve arts, dedication to art day by day.”.