There is a description about Julius Caesar statue .

This month, I will be showing with custom made portraits of a famous Roma man. We have been commissioned by many artists from all over the world between 30 years. Our customized many famous portraits statue. Include this one. Generally, we were asked to produce with very specific information and descriptions of meaning for a statue. Include, history. I decided to introduce that i understand one of the early. The Statue of Roman Emperor Augustus.

In order to, make great art sculpture decorative more corners. We carved many different versions for popular sculptures. This one pieces nature SiChuan white marble, 6′ 8”. Sure, we can customized size depends on every clients prefer.

History of statue’s figure :  Julius Caesar was born on or around July 13, 100 B.C., to his father. Named Gaius Julius Caesar. And, his mother Aurelia Cotta. He was also the nephew of the famous Roman general Gaius Marius.

Details of statue : His bare feet. The small figure at his left of Cupid and a dolphin. However, the most important aspect of this STATUE. Augustus’ detailed breastplate. Beginning on the shoulders. The gods of the sun and the moon grace the top part of the plate. A Parthian barbarian. They holding a cornucopia. As well as, the gods Apollo and Diana. There showing all of the Roman empire now that Augustus has triumphed. And, a hero protected their people.

– Purposes and mission of the sculpture in past and present.

The Julius Caesar statue is a beautiful example. How Augustu used personal portraiture statue in spreading his message of authority and peace? A key aspect of his sculptures. The statue to create a message of calm control and absolute power. It maybe transported to many of the rural communities. Many people far from Rome. They would never have laid eyes on the emperor himself. But,the sculpture can be shipping and show. This idealized image of authority have been a powerful weapon spreading his message and in controlling the far-flung areas of the empire. It can showcase wealth, education, power, social standing. Moreover, more subtle nuances like refinement while alluding to historical moments the subject wishes to be associated with. 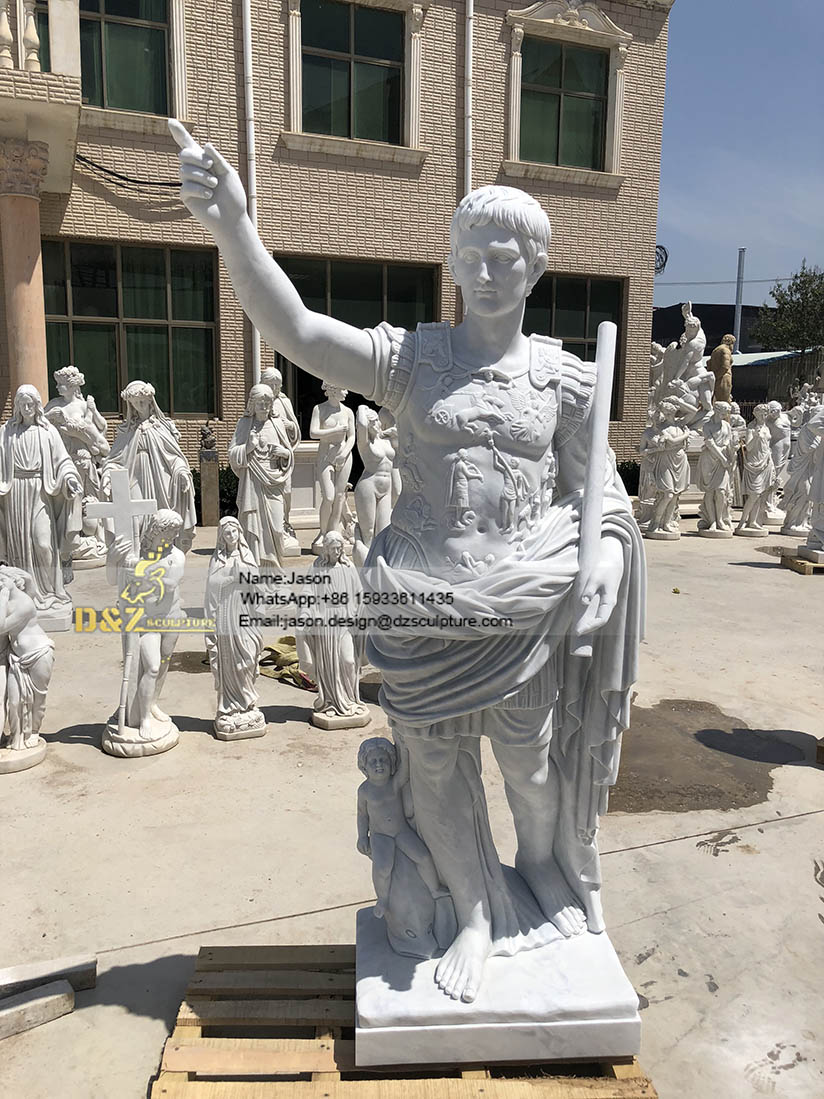 The classical art decorative sculptures is in great demand. It is dominated by ancient historical celebrities portraiture. Today, people use it mainly for the purpose of beautifying living space. As small as a family decoration bust for indoor. Moreover, big sculpture for park decoration. There are also many life size of expression. It greatest significance is to create a comfortable. Or, beautiful environment. And, purify people’s mind. A good portraits sculptrue can be cultivate one’s sentiments. Importantly, cultivate people’s pursuit of beautiful things.